Ask the Experts: The Economic Impact of the Child Migrant Surge 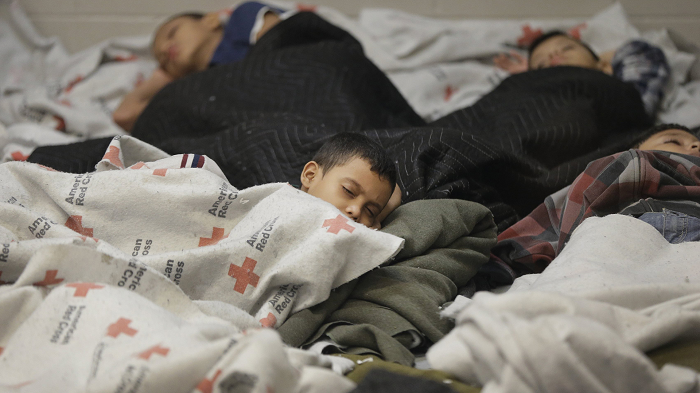 The images are disturbing: Thousands of apprehended child migrants cramped inside detention holding cells and sprawled across floors at bedtime. No parents and no certainty of their fate. President Obama has labeled the issue an “urgent humanitarian situation.” Others have described it as the ongoing “immigration crisis.”

Since this past October, roughly 63,000 unaccompanied alien children, or UAC, have illegally crossed the border shared by the United States and Mexico. Between January and the end of July, nearly 40,000 UACs — the majority of whom fled from El Salvador, Guatemala and Honduras to escape widespread gang violence — have been placed in foster care or reunited with relatives in the U.S. Meanwhile, the fate of thousands remains in limbo as the children await delayed Congressional action on emergency funding.

In the past two years, the number of UACs apprehended at the southern border has more than doubled. Different estimates — between 60,000 and 90,000 — have been tossed around in the media concerning the total number of UACs who will attempt to enter the U.S. illegally this year. One of the main questions to ask now is how this rush of young migrants will affect taxpayers’ wallets.

In response to the situation, President Obama in July called for $3.7 billion in additional emergency aid. Of that, the House of Representatives approved only $694 million on Aug. 1. The spending bill would provide for increased border security, expedited deportation of the children, more immigration judges and National Guard troops as well as housing and care for the thousands of minors held at the U.S.-Mexico border. Voting on the bill won’t resume until Sept. 8, after Congress returns from a five-week recess.

Although the funds are a drop in the bucket compared with the national and Department of Homeland Security budgets — about $3.8 trillion and $60 billion, respectively, for fiscal year 2014 —immigration experts agree that emergency funds would provide only temporary relief to the problem. A wiser approach, most contend, is to focus on immigration reform that paves a friendlier path toward American citizenship.

“The concern with unlawful migration and unaccompanied minors is not one that will be fixed by any one-time allocation of funds,” said Pratheepan Gulasekaram, an associate professor of law at Santa Clara University. “Unless Congress and country truly reconsider our federal immigration laws — and especially the restrictions on the lawful migration of Mexicans and Central Americans — these types of issues are likely to recur.”

An alternative to costly detention, said Farrin R. Anello, a visiting assistant clinical professor at Seton Hall University School of Law, would include “provisions to fund appointed counsel for the children” to ensure their appearance in immigration court, which “would not only be cost-effective, but it also would increase the fairness and accuracy of removal proceedings for children.”

For now and the future, the influx of child migrants will produce varying degrees of impact on the economy. From a shortsighted perspective, the children — once placed with relatives or legal guardians in the U.S. — will require social services at the local level, costs that are negligible in the grander scheme.

“In the long run, the evidence of immigrants shows that many are among the most productive and most devoted tax payers,” said Saskia Sassen, a professor of sociology at Columbia University. “They often fill gaps in our economies. But if we treat them as a burden, we will not make them productive future members.”

When discussing the ongoing immigration crisis, the conversation quickly becomes an issue of money. We asked a panel of experts to weigh in on the topic and share their perspective on the economic implications of the child migrant surge. Check out their bios and comments below.