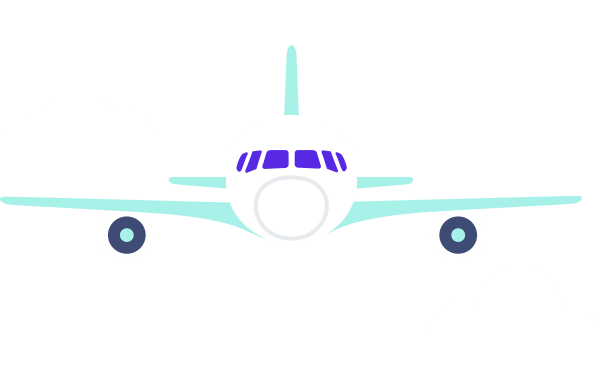 Traveling by plane costs an average of $363 per trip. And choosing the wrong airline has the potential to take even more from us. For instance, 10 animals died during air transportation in 2018, and four major U.S. airlines had at least one pet fatality.

While critical to consider, such factors often fly under the radar due to our focus on price. But finding the cheapest airfare is now quite easy for anyone with an internet connection. So this report examines those other, overlooked aspects of air travel to help consumers make more-informed decisions.

WalletHub compared the 9 largest U.S. airlines, plus three regional carriers, across 15 important metrics. They range from cancellation and delay rates to baggage mishaps and in-flight comfort. We also considered costs in relation to in-flight amenities for the sake of fairness. For example, it wouldn’t be right to penalize an airline that charges for drinks if its tickets are far cheaper than those from an airline with free in-flight refreshments.

Below, you can see where each major airline ranks, based on overall WalletHub Score.

Most Comfortable Airline: JetBlue leads the pack in terms of in-flight experience, offering free amenities such as Wi-Fi, extra legroom, and complimentary snacks and beverages.

* The regional carriers SkyWest, ExpressJet and Envoy are not represented in this chart because they serve other major airlines, which may dictate what amenities are provided.

Cheapest Airline: Frontier and Spirit are the best airlines for budget flyers.

Most Pet-Friendly: Two airlines tied for being most pet-friendly, ExpressJet and Envoy, with no incidents.

Most Satisfactory Airline: Southwest Airlines and ExpressJet Airlines had the industry’s lowest consumer-complaint rate in 2018.

Safest Airline: Alaska Airlines was the safest in 2018. The safety runner-up is Spirit Airlines.

The tables below illustrate the number of points that each airline received based on the scoring system defined in the methodology.

(1) Regional airlines that serve other major airlines. There are more regional carriers serving the national airlines, but these are the only ones required to report to the DOT and that have at least 1 percent of total domestic scheduled-service passenger revenues.
(2) As a regional airline, ExpressJet does not control baggage handling or bookings. These are handled by the main airline served.
(3) Depending on the major airline served, flights from this airline may or may not provide the service. Please see Methodology for scoring.
(4) There may be discrepancies caused by variations in how airlines code the delay data that they report to the DOT.

Airline travel is essential for business, vacation, migration and so many other aspects of society. Airlines have increasing pressure to provide comfortable, convenient service to their passengers. To gain further insight on this topic, WalletHub turned to a panel of experts. Click on the experts to see their bios and responses to the following key questions.

In this report, we sought to supplement easily accessible price-comparison tools by identifying the best and worst airlines in terms of overall service quality and functional performance. To this end, we evaluated the 9 largest national airlines as well as three regional carriers (that report to the Department of Transportation because they have at least 1 percent of total domestic scheduled-service passenger revenues) in terms of 15 key metrics across four major categories: 1) Baggage, departures and complaints, 2) Animal incidents, 3) In-flight comfort and cost and 4) Safety.

After collecting and analysing 2018 flight data from the U.S. Department of Transportation, we shared our findings with each airline.

You can find the detailed scoring framework used to evaluate each airline below. Each metric within this framework was assigned a given number of points based on our subjective view of its importance and we also determined the best and worst value within each metric. We generally allocated points based on common sense, with the best value for each metric being awarded full points, the worst value receiving zero points and values in between receiving a proportional score relative to those endpoints, except for the metrics where a different scoring method is specified.

The regional airlines considered in this report – namely, SkyWest, Envoy and ExpressJet – serve more than one major airline and may or may not offer certain services mentioned under in-flight comfort, depending on the major airline served for a particular flight. In such cases, we used the average of the maximum and minimum potential scores for each situation to calculate the final score received. Data was collected on April 30, 2019.