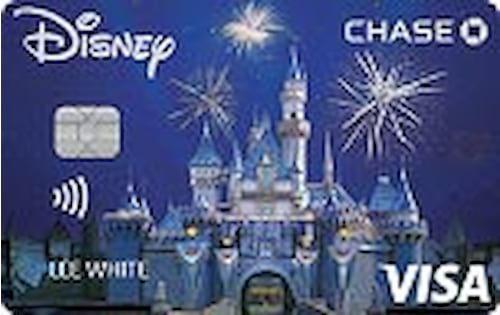 The Verdict: Whether you’re in it for the love of Mickey, Nemo and the rest of the crew or just fond of bills with images of dead presidents doesn’t really matter. They aren’t mutually exclusive as far as the Disney Premier Credit Card and Disney Rewards Credit Card credit cards are concerned.

With that being said, the Disney Premier Credit Card is the far superior offer, which is why it is the primary focus of this review. But even Premier probably isn’t worthy of an application for anyone but the heaviest Disney spenders. Below, we’ll give you a quick breakdown of how these two magical means of saving money differ before continuing with the full review of the Premier version.

Compared To The Competition

Mickey Mouse and the rest of the gang aren’t the only game in town as far as entertainment is concerned. And the Disney Credit Card isn’t your only option when it comes to paying for family fun. With that in mind, we compared the Disney Card to some of its most notable alternatives in order to help you make the best possible decision for both your family and your wallet.

Bear in mind that some of these cards express certain account terms — the regular interest rate, for example — in the form of a range, and the particular terms you qualify for will thus depend on your credit standing.