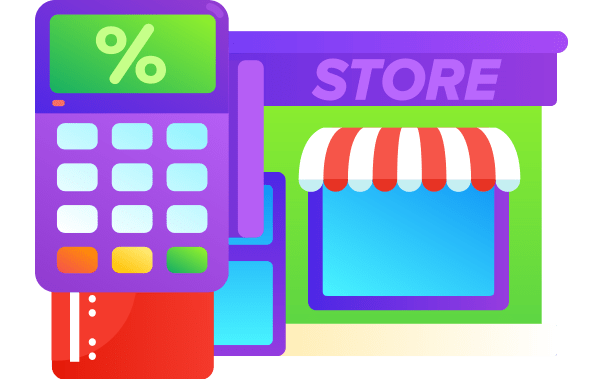 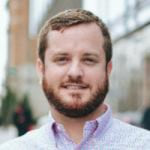 The Durbin Amendment, which was approved in May 2010 as part of the financial reform bill and took effect in October 2011, aims at lowering the cost of debit card interchange fees for merchants. An interchange fee is what a merchant pays a bank each time a shopper swipes a credit card or a debit card.

The major outcomes of the amendment include allowing merchants to give customers discounts for using payment methods with lower or no processing fees, like checks or cash. Another stipulation of the amendment is that the Federal Reserve must regulate interchange fees for debit cards to ensure that they are "reasonable and proportional."

However, while the bill puts restrictions on how much banks like Chase and Bank of America can charge merchants for processing debit card transactions, it does not restrict how much debit card networks like VISA and MasterCard can charge. The amendment also exempts prepaid cards and all banks and credit unions with less than $10 billion in assets.

This study has been updated multiple times with new information as the Durbin Amendment made its way through Congress and ultimately took effect on October 1, 2011. On May 1, 2012 the Federal Reserve for the first time announced hard data on the law's practical effect, and WalletHub's 2012 Impact Study concluded that the law has ended up costing banks almost $8.4 billion on an annual basis ($8.06 billion for large banks and $329.4 million for small banks). Please find the latest updates below.

Although the Durbin Amendment will decrease the amount that large banks can charge in interchange fees, loopholes within the legislation will significantly diminish its impact for both merchants and banks over time.

Given that only banks and not networks are subject to these restrictions, banks will be collecting less in fees while paying unrestricted fees to the networks. It is unlikely that major banks will allow their revenue to decrease significantly, so we predict that they will make up for lost revenue by increasing monthly fees and minimum balance requirements, and making debit card reward programs less appealing.

Since prepaid cards are exempt from these regulations, it is also likely that major banks will begin to introduce these offers and encourage customers to switch from checking accounts to prepaid cards, especially given the constant convergence of these two products. As an example, Capital One, the eighth largest U.S. bank, has already introduced a prepaid card.

Small banks’ exclusion from this legislation makes it likely that their interchange fees will rise overtime, thus allowing them to have more competitive products than bigger banks. These banks currently hold a relatively small market share of 15 percent, which will allow the gradual increase of their interchange fees to go unnoticed. As the fees continue to rise, so will the appeal of their offers, and in turn their market share is likely to grow. As the use of small bank debit cards increases, the benefit of this legislation to merchants will be significantly diminished.

In order to see how much the amendment will truly affect banks'and merchants' bottom line, WalletHub.com determined how much large banks would lose in total annual dollar amounts and on a per debit card basis if the Federal Reserve lowers the interchange fees by various different amounts, ranging from 20% to 75%. This part of the study was based on data from The Nilson Report, annual reports from both VISA and MasterCard, and information from VISA and MasterCard's interchange assessments.

For comparison purposes, the following table reflects interchange fees paid by merchants to all banks annually from 2006 - 2010.

UPDATE on 12/16/2010 6:35pm: Based on the Federal Reserve's announcement on December 16, 2010 that it will cap debit card fees by 12 cents per transaction, WalletHub.com has updated the study to include additional scenarios and estimates that the most likely impact will be around $13 billion.

UPDATE on 3/11/2011 10:45am: Based on the latest 2010 numbers from VISA and MasterCard’s Annual Reports, the most recent estimates for the impact on interchange fees are as follows:

UPDATE on 6/9/2011 12:00pm: In light of the Senate’s rejection yesterday of a proposed delay of the Durbin Amendment, and based on the latest data from VISA and MasterCard’s Annual Reports, WalletHub.com now estimates that the amendment’s impact will cause revenue generated by interchange fees for large banks to decrease by  around $14 billion annually.

UPDATE on 6/30/2011 1:00pm: The Federal Reserve yesterday issued a final rule on standards for debit card interchange fees, raising its initially proposed cap of 12 cents per transaction to 21 cents with 5 basis points multiplied by the amount of the transaction.  The Fed will also allow issuers that meet certain fraud prevention guidelines to raise their interchange fees by as much as 1 cent per transaction.  In light of these changes, WalletHub.com now estimates that the Durbin Amendment will result in large banks losing roughly $9.4 billion in revenue annually.

The Federal Reserve on May 1, 2012 announced updated statistics on debit card interchange fees in the wake of the Durbin Amendment taking effect on October 1, 2011.  WalletHub’s analysis of this data generated the following key findings: