Most & Least Ethnically Diverse Cities in the U.S. 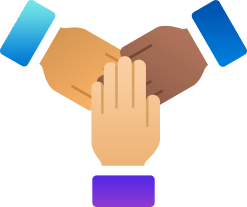 The U.S. today is a melting pot of cultures, thanks to increasing ethnic and racial diversification. If the trend continues, America will be more colorful than ever by 2045, at which point no single ethnic group will constitute the majority in the U.S. for the first time.

But with immigration reform still a hot-button issue, the U.S. ethnic landscape may change again in the near future. In the meantime, WalletHub took a snapshot of America’s current cultural profile, comparing more than 500 of the largest U.S. cities across three key indicators of ethnic diversity. We examined each city based on ethnicity and race, language and birthplace. Read on for our findings, expert insight from a panel of researchers and a full description of our methodology.

Most Culturally Diverse Cities in the U.S. Birthplaces of Population as of 2018

Ethnic diversity brings about both benefits and challenges. For more insight, we asked a panel of experts to weigh in with their thoughts on the following key questions:

In order to determine the most ethnically diverse places in America, WalletHub compared 501 of the most populated U.S. cities across three key metrics: 1) Ethnoracial Diversity, 2) Linguistic Diversity and 3) Birthplace Diversity. Our data set, each metric’s subcomponents and its corresponding weight are listed below. Each metric was graded on a 100-point scale, with 100 representing the most ethnic diversity.

We then determined city’s weighted average across all metrics to calculate its “Ethnic Diversity Score” and used the resulting scores to rank-order our sample.

Each city in our sample refers to city proper and excludes the surrounding metro area. We limited our sample to no more than 10 cities from each state and categorized them according to the following population sizes:

This analysis was conducted using the Herfindahl-Hirschman Index method, which is a commonly accepted measurement of market concentration that also works effectively as a general-purpose measure of diversity.

Sources: Data used to create this ranking were obtained from the U.S. Census Bureau.

Does diversity create a movement ..... does it move ?