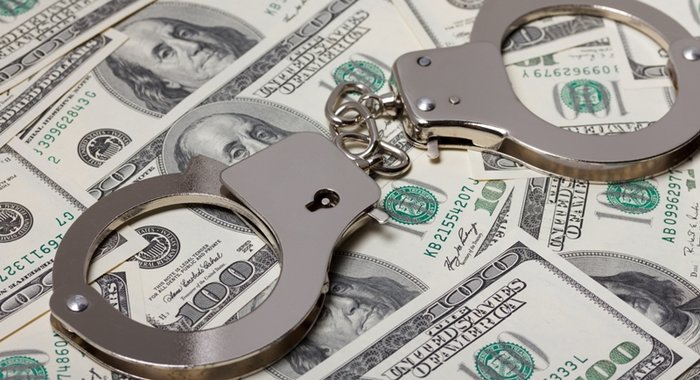 You can just about picture it: An unshaven computer whiz sits in a dark room with only the light from multiple monitors to illuminate his stained white t-shirt. As he prepares to sign in to a favorite hacker network in order to discuss the newest ways to steal your financial information, federal agents break down the door and arrest him as part of a coordinated international crack down. John Travolta then walks in wearing a law enforcement jacket…wait, cut that last part; Operation Card Shop hasn’t gone Hollywood just yet.

Last Tuesday, authorities in 13 countries arrested 24 alleged cybercriminals as part of a two-year undercover operation code-named Operation Card Shop. The sting, which is being called the largest coordinated law enforcement effort to curtail cybercrime in history, was based on a website set up by the Federal Bureau of Investigations called Carder Profit, which authorities used to lure active players in the underground “carding” industry to buy, sell, and discuss the newest ways to steal credit card and bank information from people’s computers in order to engage in widespread fraud.

According to authorities, the operation revealed that 411,000 credit card and debit card accounts had been compromised, prevented more than $205 million in potential losses, and resulted in 47 companies, educational institutions, and government entities being notified of computer network breaches.

Authorities have also been sure to point out that those arrested aren’t just a bunch of kids playing computer pranks from their parents’ basements. Rather, they are an organized network of people capable of causing major damage to not only people’s personal finances, but also the online infrastructure of private companies and our national security.

The Internet is our new frontier, after all, and as was the case in the Wild West, criminals will run rampant until the sheriff comes to town. According to the Internet-security company McAfee, there have been multiple instances of computer viruses causing billions of dollars in damage since 2000 by slowing down Web traffic, hampering the proper working of utility companies, and stealing personal information right off our computers.

As a result, you may be rightfully worried about the security of your financial accounts. The truth, however, is that you’re better protected than you might think. Not only are there some very smart people on the side of the good guys, working to secure bank websites and the like, but even if you have money stolen from your account or your credit card is used to make fraudulent purchases, it’s unlikely that you’ll ultimately be out any money. Major credit card companies and card networks (i.e. Visa, MasterCard, Discover, and American Express) have zero liability policies for unauthorized transactions, provided that you notify them when your card is lost or stolen. Bank deposits are also insured by the FDIC for up to $250,000 per person per bank.

You might nevertheless be interested in additional ways to protect your hard-earned money, so here are a few of the most important when it comes to warding off cybercrime:

At the end of the day, there are a number of ways to protect your personal information, both online and off, and the key is to make them habitual. It’s important not to become paranoid or paralyzed by fear of cybercrime, however, because your financial risk is minimal to begin with and you can exponentially decrease your chances of falling victim to crime by regularly taking basic precautions.