Why Are Diamonds So Expensive? Digging Up Answers 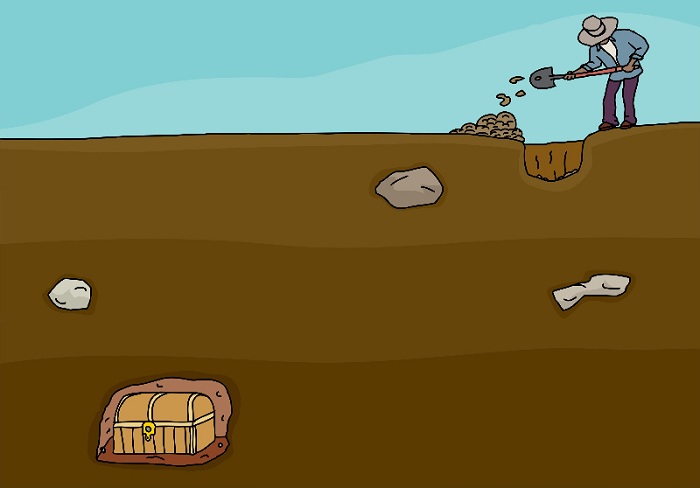 It’s no secret that diamonds are expensive. And at roughly $7,000 for a one-carat stone, according to the RapNet Diamond Index, it’s clear why even the word “diamond” has come to connote wealth and exclusivity.

But despite comprising roughly 90% of the precious gemstone market, diamonds are actually far more abundant than emeralds, rubies and sapphires, which will run you about $100 - $1,000 per carat. So if they’re not the rarest gems around, why are diamonds so expensive?

An extremely successful marketing campaign and the De Beers company’s decades-long, cartel-like control over supply provide the bulk of the answer. We’ll explain the underlying economics of the diamond market in greater detail below, in addition to analyzing historical price trends, exploring the most expensive types of diamonds and offering money-saving tips for diamond buyers.

Inside The Diamond Market

Diamonds were once rather rare, which perhaps has had a lasting impact on the perception of the general public. But, ironically enough, it wasn’t until a vast supply of diamonds were found in South Africa in the mid-1800s that the aura of diamonds truly began to take shape. After a period of market consolidation, De Beers Consolidated Mines had taken hold of about 90% of the available diamond supply by the early 1900s.

This alone enabled the company to inflate prices at its pleasure. But, in 1938, De Beers also created a classic advertising campaign to fuel public demand for diamonds and foster their role as a societal staple, even a sound investment. The now-well-known tagline was, “A Diamond Is Forever,” and the stated goal was to use, “constant publicity to show that only the diamond is everywhere accepted and recognized as the symbol of betrothal,” according to the marketing company behind the campaign.”

It certainly has worked, as diamonds haven’t always been the engagement bribe of choice. From dowries paid to grooms to the lead, silver and gold mentioned as tokens of love offered by a suitor in Shakespeare’s “Merchant of Venice,” many other items have been used in place of diamonds as symbols of wedding engagements over the years. So the whole concept of diamond engagement rings – from the amount we’re “supposed” to spend on them to their exorbitant price tag – is based on monopoly and clever marketing. That’s right up there with Valentine’s Day and the creation of the Teddy Bear.

Mining For Diamonds: Rarity isn’t what makes diamonds expensive. Nearly 6 billion carats of diamonds (about 1,000 metric tons) have been mined throughout history, according to the Gemological Institute of America, compared to 165,00 metric tons of gold. We now also have the capacity to actually make diamonds in a lab.

Accessibility isn’t the issue either. There are roughly 20 major diamond mines in operation today, and they collectively produce 120+ million carats of diamond per year, according to Bain & Company. The “richest” diamond mine in the world does have to clear away about 8 million tons of rock a year to unearth a little more than 11 million carats of rough diamonds, which it then sells for around $134 a carat at significant profit margins! In order for this business model to work, however, it must operate at scale.

That gets us to the crux of the diamond cost conundrum. The fact a small number of corporations have long controlled the majority of the diamond supply obviously has served to prop up prices over time. Such consolidation has been made easier by the fact that diamond reserves are geographically grouped in select areas of the world. In fact, just five companies currently control 72% of the world’s supply, and the last major mine discovery was in 1997, according to Bain.

Manufacturing Diamonds: Diamonds are nothing but pure carbon, which means it is possible to manufacture them. For example, with enough heat and
pressure, you could theoretically turn a lump of charcoal into a diamond. We’re talking serious commercial-level processes here, though, so don’t get your hopes up for a little money-making science project!

The notion of producing diamonds in a laboratory has been documented as far back as 1879, but it wasn’t until 1953 that the first reproducible
process was created. Early synthetic diamonds were only suitable for industrial uses, but technologies have since been built on and refined, to the extent that it now costs just over $50 to produce a gram (5 carats) of jewelry-quality diamond, according to James E. Butler, a materials scientist at the U.S. Naval Research Laboratory in Washington. Unfortunately, that hasn’t exactly translated into drastically lower prices, as man-made diamonds are typically just 20% to 30% cheaper than those mined from the earth.

As one of the hardest substances known to man, it’s true that “a diamond is forever” in terms of its durability. But that’s not necessarily true in terms of value, as they’ve actually experienced quite a bit of price volatility over the years. This factor alone would seem to indicate that diamonds are a poor investment, even though there has been fairly steady price appreciation over the last 30 years.

Diamond prices peaked at $21,268 per carat in March 1980, according to the Rapaport Diamond Index, having catapulted 249% in just two years as the country endured a period of runaway inflation that led to a stock market crash and economic recession. As you can see from the chart below, prices bottomed at $4,844 in January 1986 and have since rebounded 133%, as of November 2016.

By definition, a diamond thus cannot be an investment, at least according to Benjamin Graham – author of The Intelligent Investor, father of value investing and, perhaps most notably, Warren Buffet’s greatest investing influence. An investment must promise “safety of principal and a satisfactory return,” Graham wrote,” and “operations not meeting these requirements are speculative.” Principal safety is not attainable in the face of such volatility, and the expectation for return clearly isn’t satisfactory when you consider that the S&P 500 has appreciated 2,217% since 1978 – compared to 86% for diamonds.

With that being said, some people do believe that diamonds are one of the best emergency currencies. Diamonds are the most valuable item in the world in terms of size, they’re extremely durable and they’re far more portable than gold – for instance.

The Most Expensive Diamonds

There have been a few notoriously expensive diamonds throughout the years, from the Hope Diamond to the diamond necklace the woman in the film “Titanic” threw into the ocean. Below, we’ll break down the most expensive diamonds across a few major categories.

How To Save On A Diamond

In light of the expensive diamonds that we’re culturally required to purchase and our existing over-reliance on debt, it’s important that we take
the necessary steps to minimize the amount we pay when our time comes to take the icy plunge. One way to do so, if you plan on proposing, is to rethink the amount you will spend on an engagement ring, so as to ensure that your finances can handle it.

But a few other money-saving measures exist as well, and we’ll highlight the best of the bunch below.

We turned to a panel of leading diamond and history experts for a clearer picture of how the global diamond trade works and the impact it has on local populations. You can check out their bios and responses to the following questions below.

Saleem H. Ali
Blue and Gold Distinguished Professor of Energy and the Environment in the Department of Geography & Center for Energy and Environmental Policy at University of Delaware
Read More