With summer ending, the 2016 elections are starting to heat up. And, as usual, tax policy is a hot-button issue, as political candidates from both sides of the aisle claim their plan is more “fair.” But what does a fair tax system look like? Which states actually have the fairest tax systems?

WalletHub analyzed and ranked the 50 states based on the fairness of their state and local tax systems — including income taxes, sales and excise taxes, and property taxes. To rank the states, Wallethub used the results of a nationally representative online survey of 1,050 individuals to assess what Americans think a fair state and local tax system looks like. Our analysts then compared public perception to data on the real structure of tax systems in all 50 states. 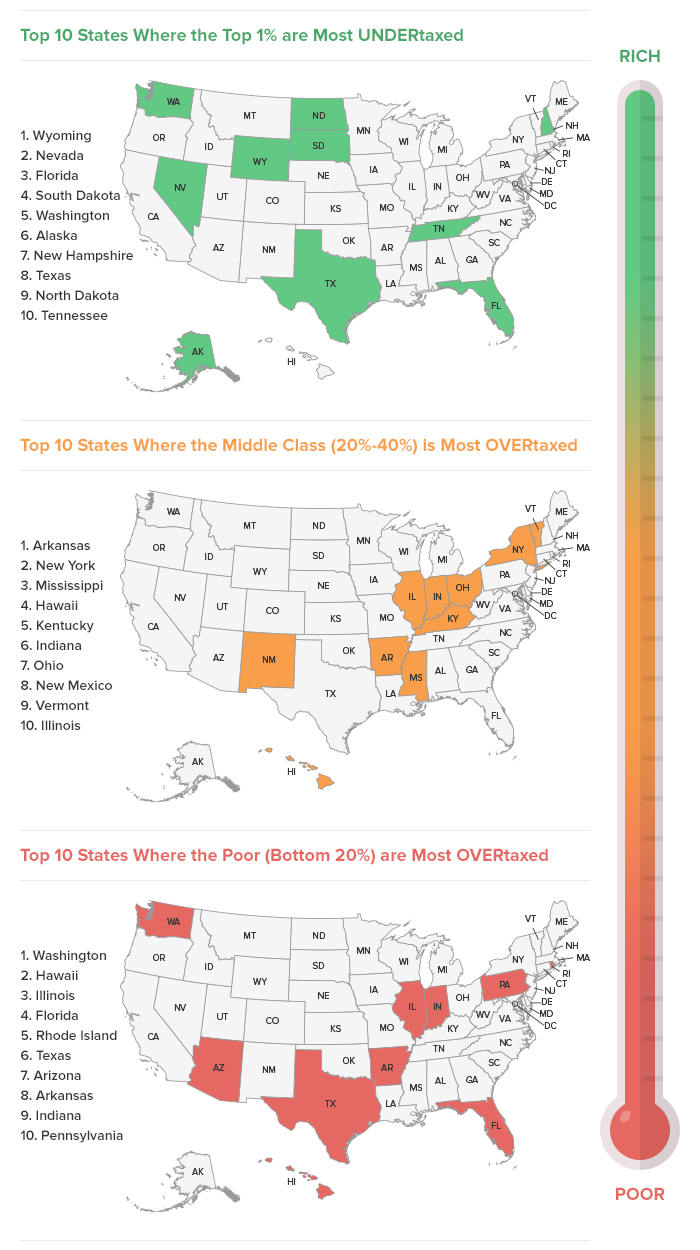 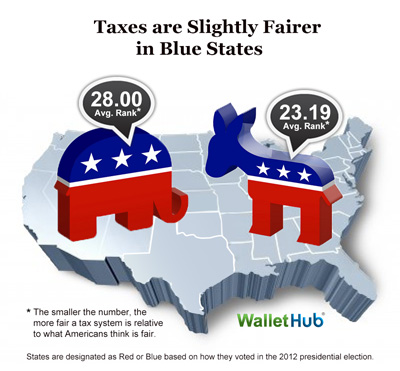 What do Americans think is a fair amount to pay in state and local taxes? The chart below shows results from our national survey, asking respondents from different income levels how much they think is fair to pay. Answers ranged from a low of 2.5 percent tax for households earning $5,000 annually to a high of 16.36 percent tax for households making $2.5 million per year. There is a clear upward trend: respondents think state and local tax systems are fair when higher-income households pay a greater percentage of their income in taxes than lower-income households.

But what if we look by political ideology? Do economic liberals and conservatives feel the same way? The chart below shows the same data broken down between respondents who self-identify as economically liberal (blue) and economically conservative (red). Although conservatives appear to support higher taxes on the poor and lower taxes on the rich, the general trend is the same: all Americans believe a fair state and local tax system imposes higher tax rates on wealthy households than on lower- and middle-income households.

As our analysis reflects, public perception regarding taxation of various income levels is distorted when compared with hard data. For additional insight into such discrepancies as well as other tax-related issues, we turned to a panel of leading experts in such fields as economics and public taxes. Click on their profiles below to read their bios and thoughts on the following key questions:

The aim of this study is to determine what Americans think a fair state and local tax system looks like and use that information to rank the tax systems of the 50 states. To get an accurate picture of what Americans consider a fair state and local tax system to be, we conducted an original online survey of 1,050 Americans. The sample was designed to be nationally representative by age and sex and has substantial variation across income levels, racial and ethnic categories, and political beliefs.

To compare what Americans think is fair to the structure of real state and local tax systems, we used data from the Institute on Taxation and Economic Policy (ITEP). ITEP has estimates of the total state and local tax burden of households at seven different points in the income distribution of each of the 50 states (e.g., bottom 20 percent, top 1 percent, etc.). Because every state has a unique income distribution, the corresponding household income at each point in the distribution varies by state (e.g., top 1 percent earns more in Connecticut than in Mississippi). Using linear interpolation, we generated estimates of what Americans consider a fair tax burden at each of these unique income levels. This allowed us to compare the real state and local tax burden of households — including income taxes, sales and excise taxes, and property taxes — at different income levels relative to what Americans think is fair at various income levels for each of the 50 states:

Sources: Data used to create these rankings were obtained from the Institute on Taxation and Economic Policy, U.S. Census Bureau and WalletHub survey data.