The wealth gap in post-recession America can be summarized in one cliché: the rich are getting richer, and the poor are getting poorer. In 2014, the aid confederation Oxfam International reported that “the wealthiest one percent captured 95 percent of post-financial crisis growth since 2009.” Within the same period, overall income levels declined for the bottom 90 percent.

In even deeper trouble is the middle class, whose incomes “have been either stagnant or declining since peaking in 1999,” according to the Center for American Progress. At an income of $51,939 in 2013, the average middle-class household still earns almost $4,500 less than it did pre-recession. In fact, the median household now makes less compared with how much it earned in 1989.

And while there’s no sign of improvement for the poor and middle class any time soon, the U.S. did report the highest number, 7.1 million, of millionaire households in 2013. It also surpassed the rest of the world in the number of new households, 1.1 million, hitting the seven-figure income mark. If private wealth continues to grow at a compound annual rate of 3.3 percent in North America, it will reach an estimated $59.1 trillion by the end of 2018.

To identify the states with the highest and lowest net worth, WalletHub ranked the 50 states and the District of Columbia based on income, GDP per capita and federal taxes paid per capita. The results of our study, as well as additional insight from experts and a detailed methodology, can be found below. 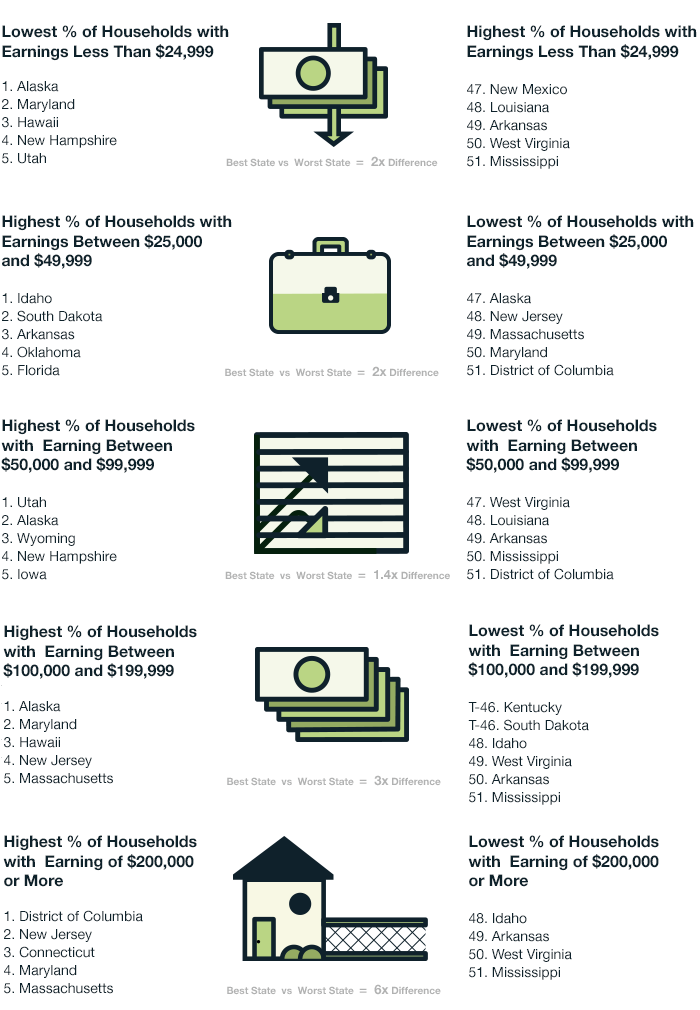 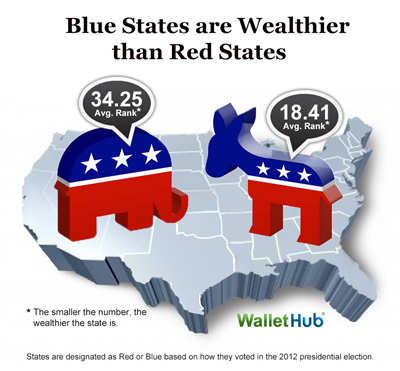 The wealth of a state depends more than on the income of its residents. It also may benefit from resources inherent to the land, providing an advantage over its neighbors. To elevate the discussion, we asked a panel of experts to share their insight and advice on wealth-generation. Click on the experts’ profiles to read their bios and responses to the following key questions:

In order to locate where the richest and poorest Americans live, WalletHub analyzed the 50 states and the District of Columbia across three key metrics, including “income,” “GDP per capita” and “tax dollars per capita.” We assigned a double weight to the income metric as it represents a composite metric including various income brackets, which matters more to residents than GDP and taxes paid toward the federal government. Each of the latter received half a weight. For example, income less than $24,999, we allocated a negative weight to penalize states with a large percentage of its population earning a low income. For the remaining brackets, weight increases as income increases.

The income brackets and the corresponding weights used for this study are as follows:

Source: Data used to create these rankings is courtesy of the U.S. Census Bureau, the U.S. Bureau of Economic Analysis and the U.S. Internal Revenue Service.