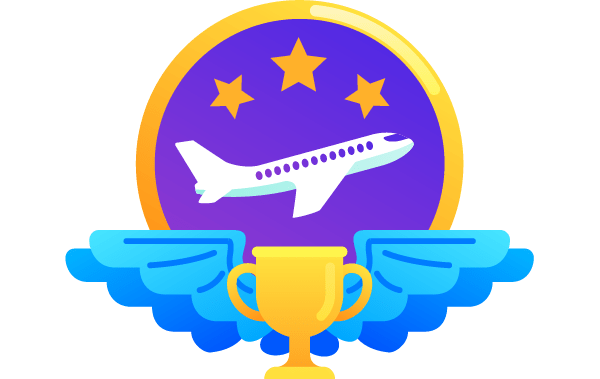 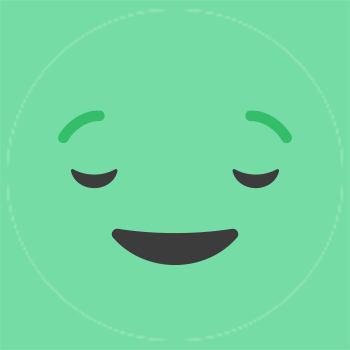 Airline loyalty is hard to come by. Most travelers are willing to jump to another jet for the slightest discount. Yet roughly 10% of flights are paid for with points or miles. So there’s obviously value in committing to a carrier. You just have to find the right one.

To help you earn more free flights and other assorted perks, WalletHub compared the 10 largest domestic airlines’ loyalty rewards programs across 23 key metrics, ranging from the value of a rewards point or mile to blackout-date policies.

The rankings for the best airline rewards programs are based on a trio of annual airfare budgets: Light ($574), Average ($3,587) and Frequent ($6,612). As a result, the best overall frequent flyer programs are well-rounded and positioned to satisfy the needs of loyal airline customers of all types.

To find out which airline miles program is best for you, try out the frequent flyer miles calculator below. The calculator will customize the results of this study based on your own airline budget.

Enter your annual air travel budget below. We’ll use the report’s methodology to find the best frequent flyer program for you.

Delta SkyMiles is the best frequent flyer program for the fifth straight year, earning an average WalletHub score of 60.79% in the three usage scenarios.

Delta Air Lines, JetBlue Airways, Southwest Airlines and United Airlines are the only four major airlines whose miles do not expire because of inactivity.

5 of the 10 largest airlines give preference to frequent flyer program members when deciding whom to bump from overbooked flights.

4 of 10 major U.S. airlines will retroactively credit loyalty program members with miles for a flight up to 12 months after the fact.

*The following airlines do not have frequent flyer partnerships with other airlines: Southwest, Spirit and Sun Country.

Airline miles cost an average of 64% more than they’re worth when purchased rather than earned.

The following table shows how many points each airline rewards program received in the scoring categories included in our methodology.

Ask The Experts: Assessing The Value Of Frequent Flyer Programs

With a quantitative analysis in hand, we turned to a panel of leading hospitality and consumer studies experts to learn more about the inner-workings of airline rewards programs and how they affect the way we travel. You can check out their bios and responses to the following questions below.

This report compared the frequent flyer programs operated by the 10 largest airlines in the U.S., based on number of passengers, using publicly available information and company policies posted online. We did so for three different consumer profiles, designed to illustrate how programs compare across spending levels. Where policies were incomplete or ambiguous, we confirmed them with the respective airline’s customer service department. Once data collection was complete, we reached out to the public relations departments of each airline to confirm our findings. However, American Airlines, United, Spirit and Sun Country Airlines either did not meet our deadline for input or did not provide any corrections regarding company policy and pricing.

The scoring framework used to evaluate each airline rewards program, and ultimately identify the best option for different types of consumers, can be found below. Generally, full points were awarded to the best-performing program for that metric, while the zero-point level was set slightly below the worst program’s value. Most of the metrics were first graded on a 100-point scale. Point allocations for more-binary metrics that did not use this 100-point scale are explained below. Airline ticket cost data is accurate as of February 12, 2020.

Consumer Profiles: We created three consumer spending profiles (Light, Average and Frequent) to evaluate how well each airline meets the needs of travelers with varying budgets. We based the airfare budget of a “Light” flyer on travel expenditure data from the U.S. Bureau of Labor Statistics and household income data from the U.S. Census Bureau. We determined the budget of a “Frequent” flyer by applying average airfare rates to a travel schedule that comprises monthly domestic flights supplemented by an annual trip abroad. The “Average” flyer’s budget was determined by averaging the “Light” and “Frequent” flyer’s budgets. Exact values can be found below.

2. Partner Coverage (total score: 8 points)
We chose to grade partner airlines separately in order to avoid overlapping data and the resulting double counting. However, the strength of a given airline’s partnership network is indeed relevant to the value of its rewards program, so it was important that we take this into account where possible.

a. Partner airline earning and redemption (max score: 3 points)
We collected the total number of partner airlines that allow you to both earn and redeem miles. Partners with which you can only earn, not redeem, received ½ the points.

b. Number of daily flights (max score: 3 points)
We added together each partner airline’s average number of total daily flights.

3. Value Earned per $100 Spent (total score: 20 points)
Three underlying components are required to calculate how much value a user would derive from one year of membership in each airline’s rewards program: i. Amount Spent, ii. Miles Earned and iii. Redemption Value. In other words, if you spend X amount, you will earn Y miles, which can be redeemed for Z dollars in airfare. Below we will explain how we calculated each component.

i. Amount Spent: We used the aforementioned consumer spending profiles to determine how much Light, Average and Frequent flyers spend on airfare each year.

ii. Miles Earned: The task of determining the number of miles that each type of flyer would earn with each airline was complicated by the fact that there are two ways to earn. Some airlines provided a certain number of miles per dollar spent (e.g., 3 miles per every $1 spent), in which case overall earnings can be determined with simple multiplication. But others allocate earnings based on the number of miles a member flies (e.g., 1 rewards mile per 1 mile flown). For the latter group, we collected the prices of round-trip tickets (economy fares) for popular routes from the airline’s hub. Ticket prices were obtained for weekend travel during each destination’s high and shoulder travel seasons. In all cases, ticket prices were collected at least one month in advance. For each route, we then collected the round-trip distance between the two cities in terms of miles. Finally, we divided the average distance by the average ticket price, thus obtaining per-dollar pay-out rates for the airlines that rely on a mileage-based system. Multiplying these ratios by the amount each type of traveler spends gave us each person’s overall earnings with each airline.
Note: Temporary promotions, such as holiday deals or bonus miles for reservations made on specific websites, were not taken into account. Earning rates were calculated for the second year of program membership.

iii. Redemption Value: In order to determine the redemption value of a mile earned from each airline, we divided each airline’s average ticket price in dollars by the average number of miles needed for an award flight. Taxes and surcharges were deducted from the dollar value of the award flight if miles did not cover them.

iv. Value Per $100 Spent: To calculate the overall value each type of flyer would earn per $1 spent, we multiplied the number of miles earned by the respective airline’s redemption value and divided by the consumer’s annual spend. For example, assuming that an airline offers 3 miles per $1 spent and its miles are worth two cents apiece, a “Light” flyer would earn roughly $31.6 in free airfare over the course of a year ($527 * 3 *0.02). And that translates to $6 in value per $100 spent ($31.6 / $527 *100).

a. Miles expiration (max score: 7 points)
We determined if and when miles expire due to account inactivity with each loyalty rewards program.

e. Ease of achieving elite status (max score: 3 points)
We calculated the amount that a member of each airline’s rewards program would need to spend on a monthly basis in order to accumulate the requisite miles for top membership status. Spending assumptions reflect the lowest economy fares.

g. Valuable membership perks (max score: 6 points)
After examining all of the airline rewards programs, we created a list of membership perks that we believe to be most valuable for consumers. We then used our consumer profiles to determine which perks each type of airline patron would receive based on the membership-status level for which they could expect to qualify.

h. Purchasing Miles (max score: 4 points)
In order to determine whether members of each airline rewards program can purchase miles at fair value, we calculated the cost of buying the maximum number of miles permitted by each program as well as their average redemption value.

UPDATE: Our original release did not reflect United's new policy regarding miles no longer expiring. We have updated the report's scoring to accurately reflect this new policy.